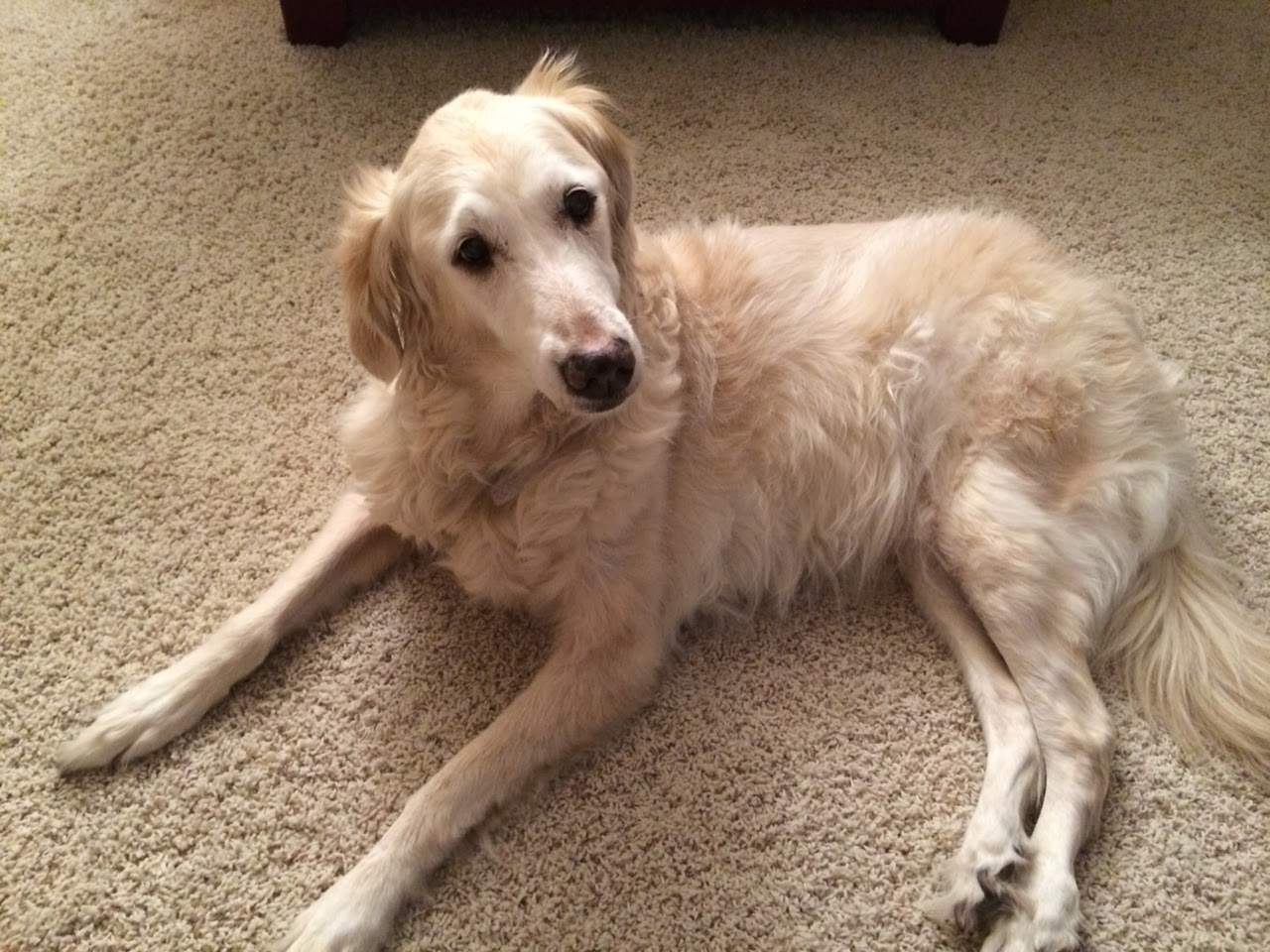 Earlier today, my sister called me with news that the family dog, Bailey, may have had a stroke. She's apparently not seeing very well, her head is cocked to one side and she's not responding when my parents try to call her.

My sister was a wreck on the phone; she recently moved to Chcicago from Beloit, WI, and she felt very helpless. I can't blame her, having a sick animal that we all considered close family is tough for anyone.

Sara and I recently had to put down our first cat named Fiona. I wrote a post about this time. She had a brain disorder, so, in the end, she was a shell of herself. I wrote about how we had this in common. Basically, if I were the family pet, having uncontrollable seizures, I'd be put down, too. This sounds kind of dramatic, but this was a very tough time for me emotionally, being on a bad mix of medications, so seeing her this way just brought all of these thoughts to life.

Bailey is a good dog; my parents have had for over a decade, a long time in dog years. When I think about her life, I think about how she has been around for every event in my adult life; college, meeting Sara, being diagnosed with Epilepsy. I can remember her being there for me when I was visiting my parents, and her just knowing when I was "down," and offering her love to me by crawling into my bed and laying next to me. She just knew I was hurting somehow, and she wasn't happy when I wasn't healthy.

My Mom didn't want to tell me that she was sick tonight, but my sister called me with the news anyway. My Mom was trying to protect me so I wouldn't fall into a depression over her. I held it together pretty well, as I knew this day would come very soon given her age. Sara called both my Dad and my sister Jenni to talk to them and offer an ear. I think that helped. She's always good like that; I appreciate her love for my family, and how much they mean to me.

I can feel pain, but because I'm currently on two antidepressants, the news of Bailey being sick didn't cause me to cry. I will though. When it come to the point when Dad has to put her down, I will think about the good times and the bad times I had with her, and lose control of my emotions in a healthy way.

I'm up late again. I'm actually enjoying the time I have alone in our dark apartment. I'm enjoying it because I know Sara is safe at home, and I've been seizure-free all day, with no indications that an episode could be coming.

I met a new friend on Twitter a few days ago; she's also living in Chicago, which is nice because a lot of my followers are a distance away. She can relate to the city, and we can talk about the hospitals, although different hospitals, where we are receiving treatment for Epilepsy. She has posted similar photos as me when I was admitted (several times) for an EEG and other various reasons. That was helpful somehow.

She works at a news organization based here, so now when I'm writing, I pay special attention to my grammar which, I will admit, I'm pretty self-conscious about! Not that I'm crazy about my skills as a writer, but because I'm not a trained writer, and I write as if I'm having a verbal conversation. I wish I could have a better understanding of the written word.

She wrote about "coming out" as a person with Epilepsy to her co-workers in one of her pieces, which takes a lot of strength in my mind. I've had negative reactions when telling people I once worked with about having Epilepsy. No one quite understands what exactly comes with the territory. People hear the word Epilepsy, and the think of weakness as an employee, or being fragile in some way. This can be true, I admit, but we are still human beings.

The firm I worked for when I had my first seizure couldn't have been more tolerant of my disability. My boss, at the time, was instrumental in me receiving treatment. He knew what to do when I had a seizure at work, knew who to call in case of an emergency, and knew that I bad days, I couldn't be myself as an employee. I long for those times.

I'm a bit worried about the next couple of days because the weather here has been so cold. I usually have problems in extreme, and changing weather patterns. All I can do is think good thoughts, believe that those around me love me, and will do anything to see me be the man that I am, instead of a man trapped in a world of Epileptic uncertainty.
Posted by smithjryan at 12:46 AM